Trumpet virtuoso Byron Stripling and the hard-swinging Columbus Jazz Orchestra roar into summer with the annual JazZoo Concert Series at the Columbus Zoo and Aquarium (9990 Riverside Drive, Powell, OH), with concerts four Fridays – July 12 and 26, plus August 2 and 9.

JazZoo 2019 is presented by Cardinal Health. Media partners for the series include The Dispatch Media Group, Sunny 95 and WOSU Public Media. Support for the Jazz Arts Group and the Columbus Jazz Orchestra comes from The Columbus Foundation, The Greater Columbus Arts Council, and The Ohio Arts Council and The Westin Columbus. 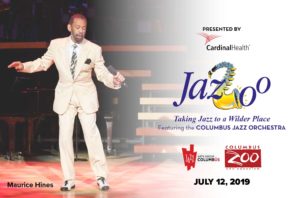 The legendary performer brings his special brand of razzle dazzle to the JazZoo stage with songs of Nat King Cole, Frank Sinatra and many others of the Great American Songbook. And through stories, anecdotes and song lyrics, audiences will be introduced to the many other legendary performers with whom he has shared stages around the world – in nightclubs, on Broadway and Las Vegas, including Ella Fitzgerald, Judy Garland, Count Basie and his brother, Gregory Hines. “If only all season-openers began with as much zip and zest.” – Columbus Dispatch 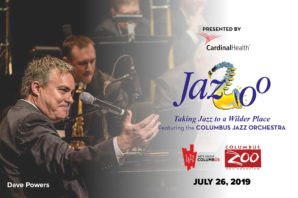 Columbus’ favorite piano man is joined by the CJO plus his favorite guest performers for a one of a kind al fresco musical party. The two-time Emmy® Award-winner has been a vital part of the Columbus music scene for over 34 years as a pianist, keyboardist, vocalist, entertainer and educator. Dave has traveled and performed nationally and internationally, and is a consultant and a frequent guest of the Public Television Show, “The Piano Guy,” and has taught a series of master classes with “Piano Guy” host Scott Houston. Dave is also an adjunct faculty member of The Ohio State University School of Music. Considered one of the most successful musicians in the Midwest, Dave manages to win over the hearts of all who hear him perform. From concerts to clubs and restaurants to corporate events and private parties, his vast repertoire is as diverse as the audiences he entertains. Dave has performed with noted performers such as Steve Allen, George Benson, Rusty Bryant, Buddy DeFranco, Mark Farner (of Grand Funk Railroad), Eric Gale, Terry Gibbs, Ernie Krivda, Wilbert Longmire, Johnny Lytle, ‘Blue’ Lou Marini (of the Blues Brothers), Joan Rivers, Arturo Sandoval, Grover Washington, Jr. and many others.

In addition, Dave is associated with the Jazz Arts Group of Columbus, and performs with the Columbus Jazz Orchestra. Dave has been hosting a jazz concert series from his home, and now has been recently re-located at the Clintonville Woman’s Club called “The House Jazz Concert Series.” 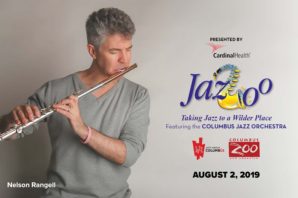 The critically acclaimed jazz saxophone and flute virtuoso, Nelson Rangell, joins the CJO for a night of incredible jazz – both cool and hot! Jazziz magazine writes that Nelson Rangell is “an artist of depth, a master of song, and an improviser non pareil.” The Times of London notes “his extraordinary facility on a range of instruments” and Rangell’s “considerable crowd pleasing power”. Saxophone Journal writes “He commands the alto saxophone with such authority there can be no denying that Rangell is a true artist,” and Flute Talk Magazine states “Nelson Rangell creates the impression that anything is possible when he improvises.” Such praise is a confirmation of what contemporary jazz fans have known since the Denver based saxophonist emerged in the late 80s as one of the leaders of the “smooth jazz” scene: that Rangell is one of the most exciting and diverse performers in the genre, equally adept at soprano, alto, and tenor saxophone, as well as being a genuine virtuoso on flute and piccolo. Rangell joins the CJO to perform classic and contemporary jazz favorites as well as tunes from his newly released CD, “By Light.” 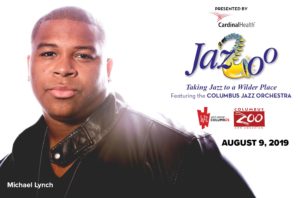 “American Idol” finalist, Michael “Big Mike” Lynche, makes his JazZoo debut performing favorite soul-stirring R&B hits. Undeniably charismatic, and with a voice soaked in soul, Lynche combines the styles of Donny Hathaway, Al Green, Luther Vandross, Sam Cooke and James Brown to create a sound uniquely his own. “Big Mike”— as he was known while winning over the hearts of a nation during his stint on “American Idol” — has talent so versatile, he’s played intimate jazz & blues clubs, 20,000 seat arenas and opera halls with 100 piece orchestras backing him. Through it all “Big Mike” has always had one singular goal to spread a message of love wherever he goes.

Single tickets are priced at $35 in advance, and $40 at the door day-of. Series tickets as well as single and series tables for all JazZoo concerts are available by calling the Columbus Zoo and Aquarium at (614) 724-3485 or (800) MONKEYS, or by going online to www.columbuszoo.org.

Once on the Columbus Zoo website, click the orange “Tickets” button in the top right corner. Under the “Special Events” drop-down, there is a JazZoo category, click JazZoo. Ticket options are separated by Date, and by Single and Series Tickets, and Table of Eight.

Gates open for all JazZoo concerts starting at 6:30 p.m. with pre-show entertainment beginning at 6:45 p.m. The Columbus Jazz Orchestra takes the stage for the main concert at 8 p.m. The purchase of your concert ticket includes free zoo admission for the entire day! Parking is $10 per car for all but Columbus Zoo and Aquarium members.

JazZoo concert attendees are allowed to bring in food in cardboard/paper or plastic containers only. For the safety of the animals no glass is permitted into the park. Bringing alcohol into the Zoo is strictly prohibited and will be confiscated. Beer and wine are available for onsite purchase at the concerts.