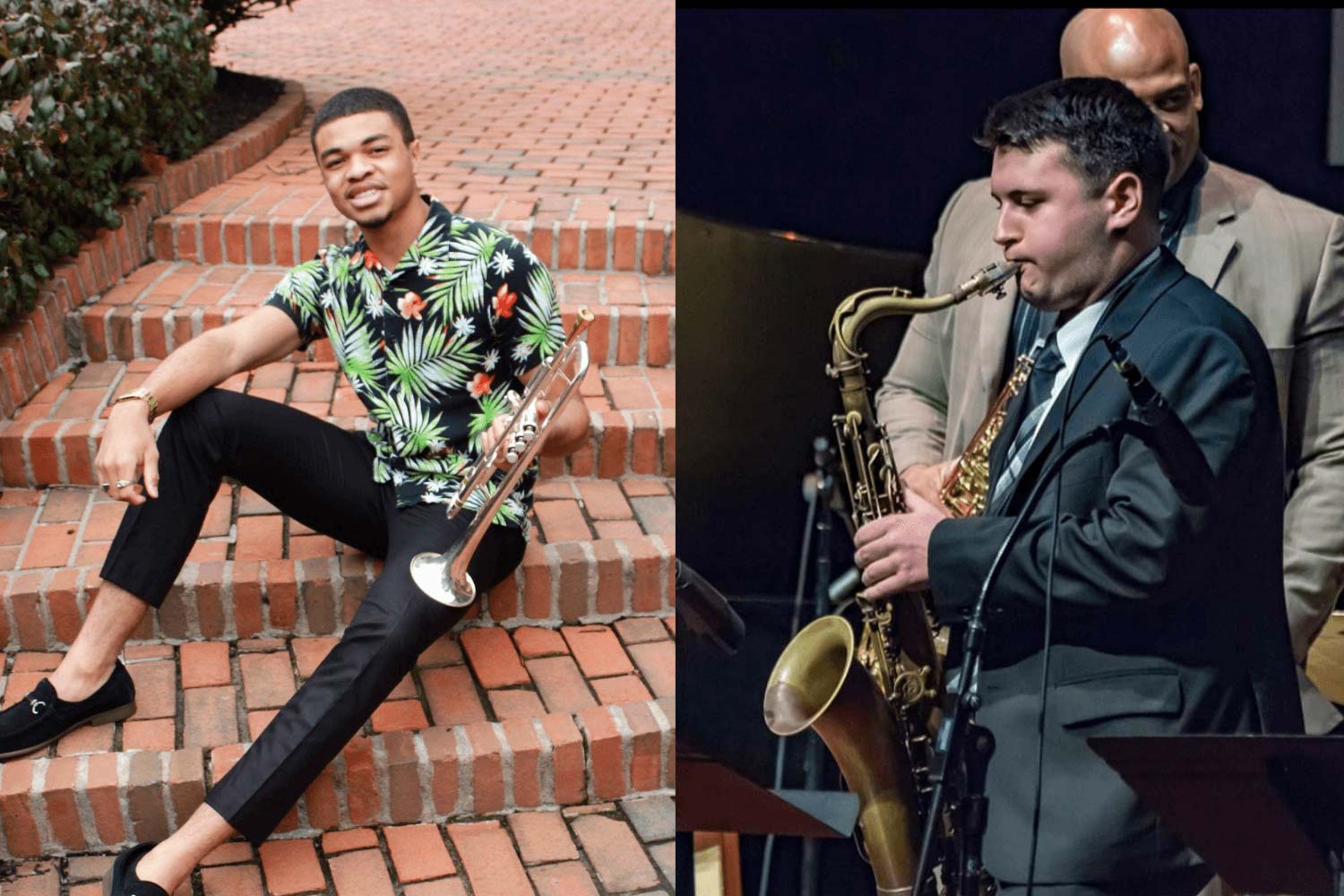 Columbus, OH –The Jazz Arts Group of Columbus (JAG) has announced its winners of the 2019 Hank Marr High School Jazz Award – 18 year-old saxophonist Devin Coons and 18 year-old trumpeter Miles Smith. The award demonstrates excellence in musicianship and performance amongst Ohio’s young students of jazz and comes with a cash prize of $500 and an opportunity to perform with the Columbus Jazz Orchestra, led by Byron Stripling, on the August 2nd, 2019 JazZoo concert at the Columbus Zoo and Aquarium.

“The winners of this year’s Hank Marr Competition were so talented and closely matched that we could not pick a single winner,” stated Bob Breithaupt, 2019 panelist and drummer for the Columbus Jazz Orchestra. “Both of these young musicians are exceptionally talented, have a bright future, and represent the vision that Hank had for the future of jazz and jazz education.”

Due to this incredible show of talent in both students, our panelists have chosen to name two winners, for the first time in the 16 year history of the Hank Marr High School Jazz Award.

The two winners from this year’s competition are not only similar in their playing abilities, but also their personal journeys. Both students grew up with musician parents who instilled in them a love for playing music. In middle school, both students joined the Columbus Youth Jazz program, eventually rising to the highest level Orchestra in high school. Coons and Smith both participated in the Ohio Music Educators Association (OMEA) All-State Jazz Ensemble; Smith in 2018 and Coons in 2019. The two outstanding students have gotten to know each other very well over the years and will see much more of each other as they both attend The Ohio State University in the Fall to study music.

Students in the first round represented three different Ohio counties – Butler, Franklin, and Wood. The other finalist was Simon Metzger, drummer and sophomore at Bowling Green High School.

Adjudicators for the final round of the competition were Bob Breithaupt; Kevin Turner, guitarist and Adjunct Professor at Ohio State University and Ohio Wesleyan University; and Michael Cox, saxophonist and Professor of Saxophone at Capital University.

Columbus music legend Hank Marr was one of the world’s masters of the Hammond B-3 organ. Along with Hank’s celebrity status as a member of the jazz elite, he was a dedicated and gifted educator. In recognition of over fifty years as a performer, teacher, arranger and conductor, the Jazz Arts Group established the Hank Marr High School Jazz Award as a tribute to this special individual. His willingness to “pass it on” makes the encouragement of young jazz artists an important and meaningful activity.

About the Jazz Arts Group:

Devin Coons is a saxophone player from Kilbourne High School, graduating this year. He was a member of the 2019 OMEA All-State Jazz Ensemble as well as a five-year member of the Columbus Youth Jazz program. Devin has participated in the top level Orchestra for two years. He has also been featured in concerts with the Columbus Jazz Orchestra, and participated in Vaughn Weister’s Famous Jazz Orchestra and the Jazz Ensemble at Denison University. Devin plans to attend The Ohio State University in the Fall.

Miles Smith is trumpet player at Hilliard Davidson High School, graduating this year. He was born in Fort Collins, Colorado and moved to Columbus, Ohio six and a half years ago. Smith has been a member of the Columbus Youth Jazz program for six years, participating in the top level Orchestra for three years. He was a member of the 2018 OMEA All-State Jazz Ensemble. Smith plans to attend The Ohio State University in the Fall to study music.

Simon Metzger, 16 years old, is a Sophomore at Bowling Green High School who plays the drums in the BGHS Marching Band, Symphonic Band, and Jazz Cats. Metzger began playing the drums at age four with students of the late Dr. Roger Schupp, and later Dr. Schupp himself. Currently, he is participating in jazz ensembles at Bowling Green State University (BGSU). Metzger has participated in the OMEA All-State Band, OMEA District 1 Honors Band, and the BGSU High School Honors Band. He has also been awarded the Woody Herman Jazz Award.