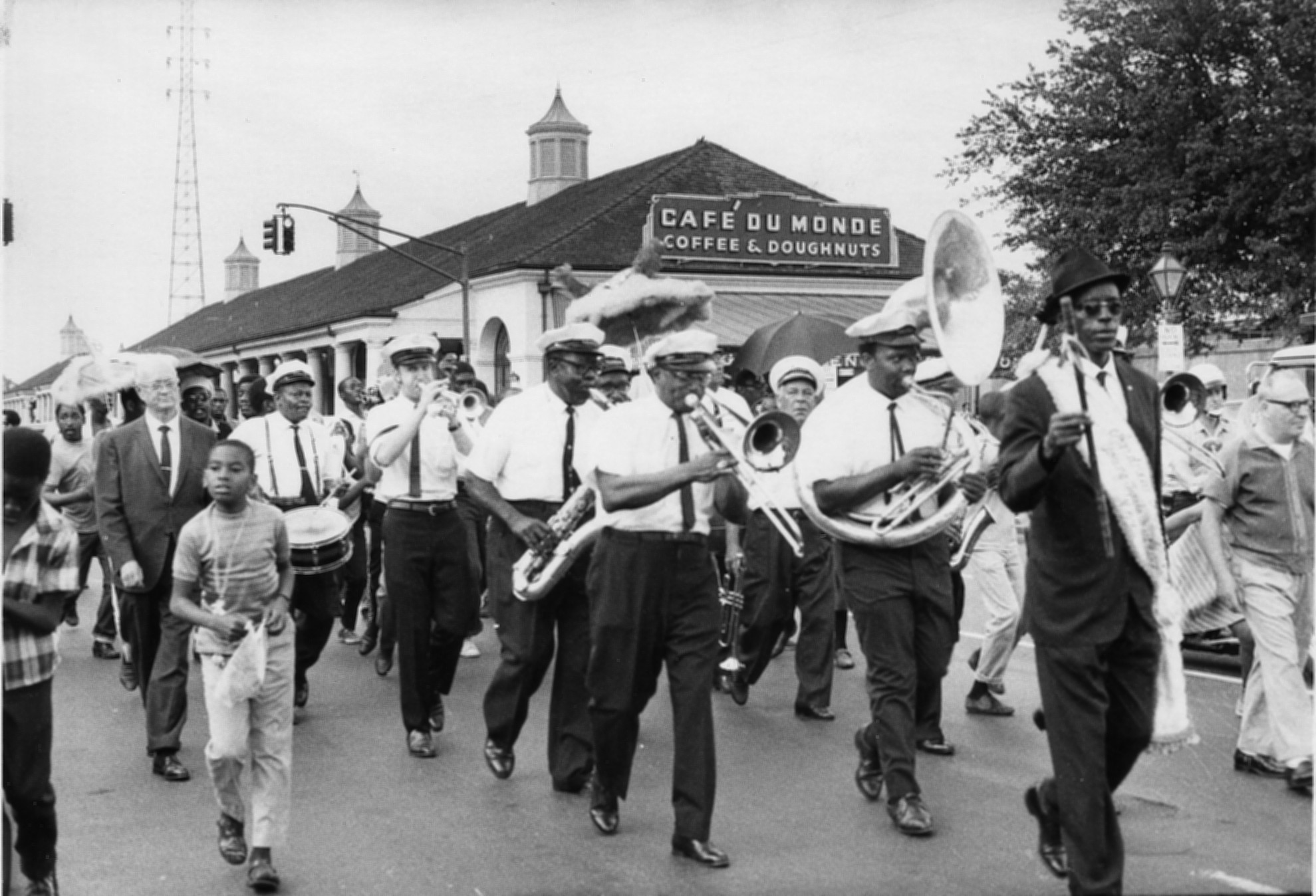 In many ways the city of New Orleans was a great American experiment. A peek into this small Louisiana town reveals a unique fusion of cultures and traditions. Unlike most American cities where each ethnic group carves out its own turf, the early residents of New Orleans respected and appreciated the music, dance, food, and language of their friends and neighbors. Eventually, the mixing of all these different influences created a huge cultural gumbo – one the world could not wait to taste!

A city dominated by opera houses, orchestras, brass bands, nightclubs, street parades and church music is bound to produce extraordinary music and musicians. Jelly Roll Morton, Sidney Bechet and Louis Armstrong were among three of the most important early byproducts that emerged from this rich, potent musical environment. Using the sounds of New Orleans as their foundation, they were able to create a unique language that the world would soon call jazz. 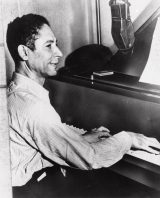 A typical New Orleans funeral procession begins with a slow dirge. This mournful, heartfelt hymn seems to last forever as the performers march side by side, remembering the dearly departed. As soon as the last morsel of dirt is thrown on the grave, a transformation begins.  The departed is “goin’ up yonder” and tears of sorrow become tears of joy.  The music accelerates in tempo and the dirge becomes a dance. Complete strangers join friends and family for what will soon become a wild party. The funeral is now a celebration of life.  It is with that spirit of celebration that Byron Stripling, the members of the Columbus Jazz Orchestra (CJO) and guest artists Evan Christopher (clarinet) and Jamison Ross (drums and vocals) will perform “New Orleans on Parade,” the opening concerts on the CJO’s 2016-2017 season at the Southern Theatre, October 20 – 23.
From the rings on his fingers to the Stetson hat on his head, pianist Jelly Roll Morton exemplified the sound of celebration imbued New Orleans Jazz. Born in 1890, Morton perfected his craft by playing ragtime and blues tunes in prostitution houses.  He claimed to have invented jazz and while many would argue that point, few would dare challenge him on the bandstand. His Black Bottom Stomp is one of the most influential recordings in jazz and still stands as one of the hallmarks of early improvisation 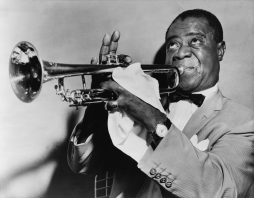 Louis Armstrong always began his concerts with Sleepy Time Down South. It was a way of remembering his “Dear Old Southland” and an acknowledgment of the firm roots that gave rise to his international fame. Although songs like Down by the Riverside, When The Saints Go Marching In, Battle Hymn Of The Republic and Amazing Grace were popularized by New Orleans natives like Mahalia Jackson, New Orleans musicians made a tradition of performing spirituals, hymns, and gospel songs as part of their standard repertoire.  While those religious songs could be heard echoing through historic nightclubs like Mahogany Hall, Pete Lala’s Café, and Preservation Hall, the next moment the listener would be transported to another dimension with more risqué titles like Ain’t Gonna Give Nobody None ‘A My Jelly Roll or I Wish I Could Shimmy Like My Sister Kate.

Had it not been for Louis Armstrong, Sidney Bechet would have been the reigning king of New Orleans. Born in 1897, Bechet was a Creole who fell in love with the clarinet and soprano saxophone. His earthy, wide vibrato demonstrated on his classic recordings of Petite Fleur and I Found a New Baby reveal why he later became a huge star in Europe. 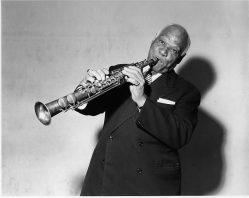 The infectious rhythms of New Orleans continue to influence all genres of music. A classic example was Henry Roeland Byrd. Better known as Professor Long Hair, he was a piano player and composer who saw boundless possibilities in fusing the rhythms of New Orleans with popular music of the day. His Mardi Gras in New Orleans combines Latin rhythms, blues and gutbucket swing to create a modern masterpiece. From the Neville Brothers to the Marsalis family the New Orleans tradition continues. The music of this mighty American City is so powerful that nothing can stop its rise and ability to bring joy into our lives!