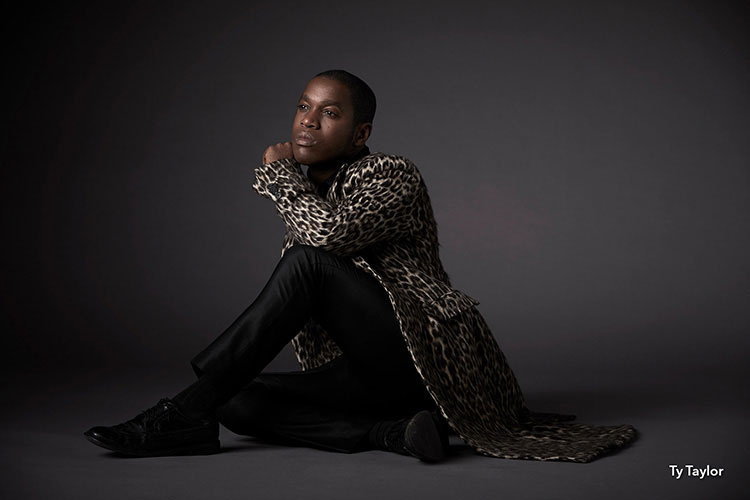 The Columbus Jazz Orchestra concludes its 2019-2020 season with Soul Time Machine: From Cab Calloway to Little Richard featuring Ty Taylor, lead singer of the Los Angeles-based soul/rock band Vintage Trouble. Taylor was formerly the vocalist/guitarist for the band, Dakota Moon, and was the voice of character ‘Lester Grimes’ in the Martin Scorsese/Mick Jagger-produced HBO series, “Vinyl.” In addition to voice work for the series, two of Taylor’s songs, “Cha-Cha-Twist” and “The World is Yours,” were featured on the series soundtrack. Ty Taylor and Vintage Trouble have toured with such showbiz heavy weights as Tina Turner, Eric Clapton, Macy Gray, Fiona Apple, The Who, the Dave Matthews Band, Bon Jovi, the Rolling Stones, Lenny Kravitz and AC/DC. Audiences and critics alike compare Taylor’s on stage performance style to both James Brown and Freddie Mercury.

For his appearance with the CJO, Taylor traces soul music’s vocal and performance styles from their roots with Cab Calloway and Little Richard to James Brown and Taylor’s own self-penned neo-soul stylings.