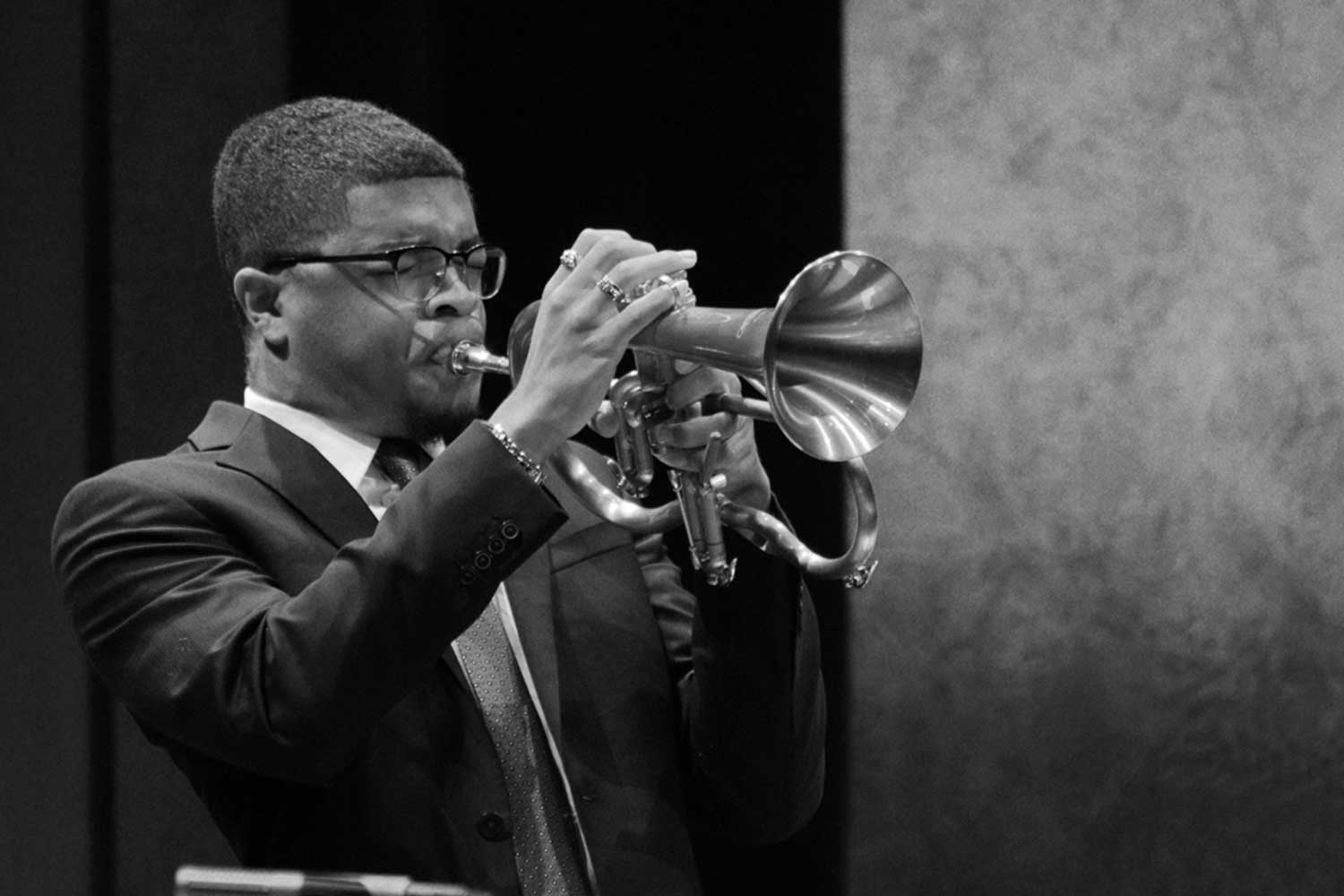 By Miles Franklin Smith, Class of 2019

Picture a 12 year old child one year removed from his birthplace of Fort Collins, Colorado in the fourth floor of the Jazz Academy, impatiently preparing for his very first Youth Jazz audition. Imagine a child that has absolutely no prior experience with jazz other than hearing it in his music class in elementary school and in his dad’s minivan on a regular basis. A child that was forced into a program he knew nothing of, with zero intentions of ever becoming a jazz trumpeter. A child that once found jazz ballads “boring” (as Ryan Hamilton would recall), yet ironically recognizes them as his current favorite form of jazz. 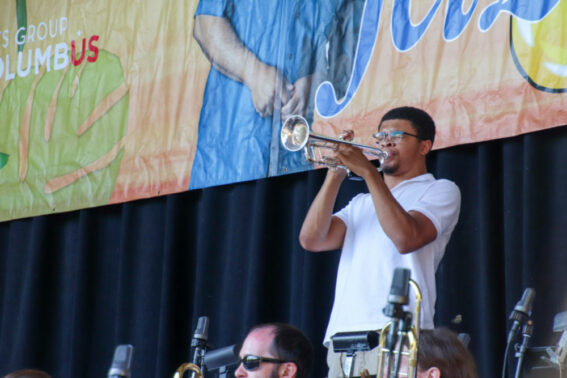 Now imagine that very same child has gone on to participate in 6 years with this same program, playing concerts all across the city of Columbus, Ohio from the Lincoln Theatre, to the Ohio Statehouse, to the Southern Theatre downtown, and even Jazz at The Bistro in St. Louis, Missouri. Imagine this very same child participated as one of 9 trumpet players in the Ohio High School Allstate Jazz Ensemble in his sophomore and junior years of high school. Imagine that this very same child went on to become a co-winner of the Hank Marr Jazz State Award in 2019 and has found himself in a musical position to become a shining example of what Youth Jazz represents in the Columbus jazz community. The chances of this transformation from disregard to loyalty seem unlikely.

However, it further proves the important role that music plays in our daily lives, and how immensely jazz has contributed to mine. Truthfully, no single experience in my long and eventful 18 years comes close to the 6 years spent with the Jazz Arts Group of Columbus. But for me, it’s never been about the music, money, or about the trumpet itself. Instead, it’s the people and the community that have guided me on this path from student to mentor here at the Jazz Academy.

No success in life ever came without sacrifice and failure. While I’ve created many positive outcomes for myself in my time with the jazz academy, none of it would exist without missing all of those high C’s and playing the wrong notes in a specific chord of a solo. My current sense of musicality and taste for jazz itself wouldn’t exist if it weren’t for me giving up my first love of basketball in high school. Time only allows you to do so much. When you’re young, you can do whatever you want whenever you feel like it. There are no barriers to block your plethora of dreams. It’s when you grow older when you start to understand that the more time and practice you put into one area, the less time you’ll have for other activities and for things that once mattered. 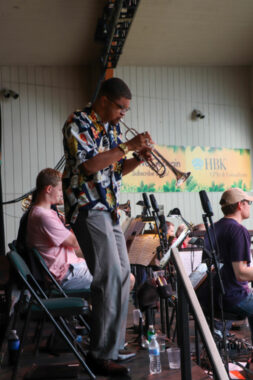 Because of the consistency of the Jazz Arts Group and their sentiment towards their students, I’ve learned how to cope with all of these internal struggles easier as the years go on. I now understand how I can put things behind me and how I will prepare for tasks in my future, near and far, both inside and outside of the music world. Through this enlightening program, I realized that I can learn lifelong lessons outside of a textbook or classroom lecture. I can learn all of this from the notes on my music stand and my peers who will strive to make me a better musician and person every single week. I’ve recently found it irresponsible to refer to a school classroom as a “learning environment,” for now I see every corner of every street and city as a learning environment of its own.

Even more importantly than my vision of sacrifice are the mistakes I’ve made in the classroom. Mistakes that have allowed me to realize what not to do and how I can constantly become a more improved version of myself. It was these very moments of disappointment where I realized how truly fortunate I was to be surrounded by the outstanding staff and community at the Jazz Academy. In the beginning stages, I was uncomfortable. On top of embracing this music I knew nothing of, the Academy instructors posed a whole new realm of unfamiliarity. Extremely intelligent and experienced musical instructors are faced with the task of gifting their expertise to middle schoolers and high schoolers alike each week, in the hopes that he or she will walk away that day knowing more than they did moments prior. In one given rehearsal, the likelihood that even 50% of what a band leader has said will stick with these students is minimal. Following every Sunday rehearsal in my first year with the program, I took everything I was told by these instructors and threw it away. I thought to myself “Jazz won’t be something I’ll utilize in my future, so why should I decide to care what these know-it-all strangers tell me now when it poses no interest to me?”

It wasn’t until my first solo at the end of that impactful year that everything came to fruition. I played a simple little solo on a simple song in the program’s final concert that season, and with a heap of courage and the support from my family, all of my fellow bandmates, and my then band leader, Ryan Hamilton, I was able to feel like I was doing more than playing “boring” notes on a piece of paper. I learned how I could express all of my emotions and internal thoughts through the front end of my trumpet, and not my mouth.

The instructors could have done away with me at any moment that year; my attitude towards the program proved it. In spite of my blind ignorance, they encouraged me to leap into these uncomfortable situations where I could learn the techniques of jazz in the most efficient and rewarding ways possible. Whilst doing so, I simultaneously transferred those lessons learned to middle and high school, daily life, and the real world. This learning approach has lead to me becoming a very head-first type of musician, soloist, and person. This to me should be the given approach of all young musicians and people in general, no matter what it is you aim for. What better way to learn something than to just go for it! You’ll never understand the true satisfaction of hard work and passion if you never take that leap of faith. Take my word for it. Chances are you’re in better shape than I was back when I was just 12 years of age. Programs like Columbus Youth Jazz are impactful in their own special way. Once you take that first step into our community, it’s very easy to understand why it’s more than just music. Imagine what you can do with just a little bit of courage and a sense of responsibility. Then maybe you too can rise from nothing, to something!