Support for the Jazz Arts Group and the Columbus Jazz Orchestra comes from The Columbus Foundation, the Greater Columbus Arts Council, the Ohio Arts Council and The Westin Columbus.

JazZoo 2018’s concerts feature favorites from the Great American Songbook as well as classic pop, soul, and tunes made famous by Frank Sinatra and his contemporaries performed by both nationally recognized guest artists and treasured local performers.

Single tickets for JazZoo 2018 are priced at $35 in advance and $40 at the door. Single and Series tables for eight are also available by calling the Columbus Zoo and Aquarium at (614) 724-3485 or (800) MONKEYS, or by going online to www.columbuszoo.org. 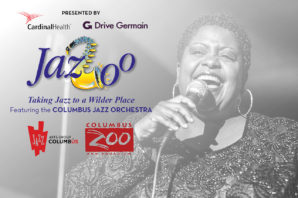 Vocalist Carmen Bradford opens the Great American Songbook to reveal timeless classics, plus heartfelt pop and soul favorites in this JazZoo 2018 opening night concert. The former Count Basie Orchestra singer has become a fan favorite at jazz clubs and festivals around the world, and is a frequent guest with the Columbus Jazz Orchestra having appeared recently on the CJO’s “Standards & Strings” concerts at the Southern Theatre in March 2016 and “Soul Session: From Ray Charles to Whitney Houston” in April 2017. 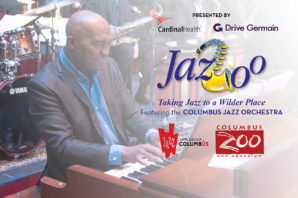 Indeed attention will be paid as Bobby is joined by the CJO, plus colleague, friend and OSU music professor, Milton Ruffin, on a program of Bobby’s favorite tunes including jazz, R&B, pop and gospel. 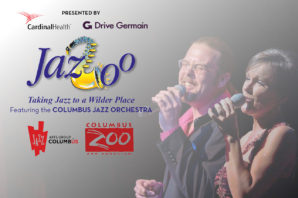 Guest vocalists, Phil Clark and Helen Welch, sing and the CJO swings the classic tunes made famous by Frank Sinatra and his contemporaries. Phil Clark is a talented vocalist and multi-instrumentalist who performs with several top area bands including The Apostles, The Ramshacklers, The Sidewinders, and Phil Clark and The Soul — doubling on saxophone, keyboards, guitar and harmonica. He is also a veteran horn player and vocalist for the venerable HooDoo Soul Band.

British-born singer, Helen Welch, has performed with orchestras and big bands on both sides of the Atlantic including appearances with Glen Miller Europe and the BBC Big Band, as well as The Cleveland Orchestra, The Cleveland Pops Orchestra, The Akron Symphony and The Columbus Jazz Orchestra. Her theatrical appearances include productions of Hello Dolly!, Barnum, 42nd Street, Show Boat, Carousel and the Broadway production of the Leiber & Stoller musical, Smokey Joe’s Café. 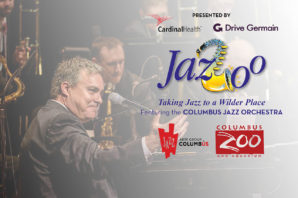 Single and Series Tickets as well as Single and Series Tables for all JazZoo concerts are available by calling the Columbus Zoo and Aquarium at (614) 724-3485 or (800) MONKEYS, or by going online to www.columbuszoo.org.

Once on the Columbus Zoo website, click the orange Tickets button in the top right corner. Under the Special Events drop-down, there is a JazZoo category, click JazZoo. Ticket options are separated by Series Tables, Series Tickets, and Single Tickets.

Gates open for all JazZoo concerts starting at 6:30 p.m. with pre-show entertainment beginning at 6:45 p.m. The Columbus Jazz Orchestra takes the stage for the main concert at 8 p.m. The purchase of your concert ticket includes free Zoo admission for the entire day! Parking is $10 per car for all but Columbus Zoo and Aquarium members.

JazZoo concert attendees are allowed to bring in food in cardboard/paper or plastic containers only. For the safety of the animals, no glass is permitted into the park. Bringing alcohol into the Zoo is strictly prohibited and will be confiscated. Beer and wine are available for onsite purchase at the concerts.

A convoy of fan-favorite Columbus Food Trucks will be on hand at each JazZoo concert, including Alphabetical Soups, Explorer’s Club, Kooky’s Cookies, Mixing Bowl and Niko’s Street Eats.